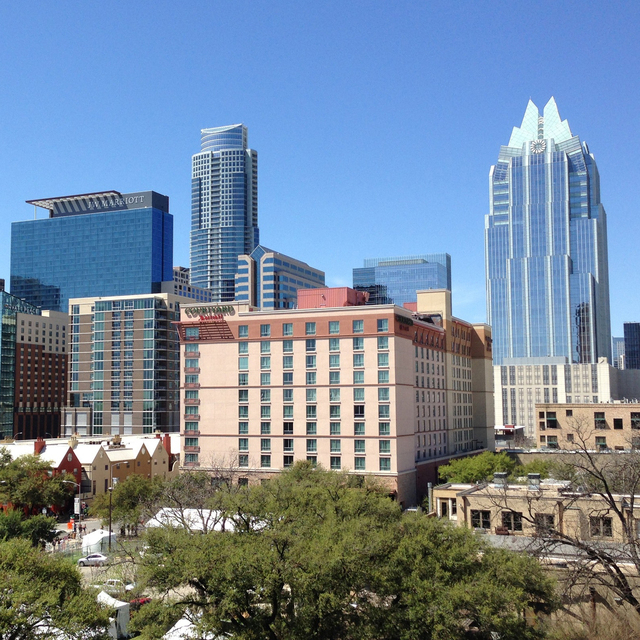 San Antonio
Texas
Situated in South Central Texas, San Antonio continues to grow into one of the fastest growing cities in the United States. Originally located as a Spanish colonial settlement, the city is now known as the Alamo City because of its role in the Battle of San Antonio. Known for its rich history and culture, San Antonio features a diverse population consisting of people of many different ethnic backgrounds, languages, and nationalities. Because of this, the city's housing market has seen phenomenal growth over the last ten years. Although housing prices have dropped in some areas in San Antonio, the overall housing market has remained relatively intact and steady. This growth has made the city a very attractive place to buy a home or investment property.
Traffic
26 min
Cost of Living
-10.1%
Median Age
33.6
Population
1,585,405
Salary
$38,493
rent
$1,229
home
$258,354
state tax
0%
annual low
57.4°F
annual high
79.6°F
annual rain
34.9 in.
annual snow
< 1 in.
ZillowNeighborhood ScoutNicheTrip Advisor

With thousands of visitors every year moving into the City of San Antonio, is staying in this vibrant city for you? First, think about why you may live in Texas at all. No state income tax is quite a draw for so many relocating to Texas every year.

There are also a wide variety of employment opportunities available from city to city, from national to local, in this Texas largest city. The cost of living in San Antonio is among the lowest in Texas and in the nation. This is largely due to its status as one of the fastest growing economic centers in the nation. Because of this, there has been a tremendous amount of investment in housing throughout the city. The result is an overall higher housing price than in other major cities in Texas.

If you have dreamed of living in San Antonio, it is never too soon to start looking at properties for purchase. One of the reasons many people move to this amazing city is because of all of the excellent job opportunities that are available. This is a great benefit to this already booming city. Another reason why many people move to San Antonio is because the cost of living is much lower than in most of the rest of Texas. This is very attractive to families and retirees looking for a cheaper place to live.

San Antonio boasts one of the fastest growing economies in Texas and the country. This is largely due to the fact that it is the only city in Texas that is both a large city and a rapidly growing metro. As a result, there is plenty of opportunity for new businesses to begin operations in this fast growing city. There are also plenty of employment opportunities for professionals looking for advancement in their careers. In fact, the national average for starting a new career is around thirty percent, which is much lower than most other states.

Because San Antonio is a growing state, the housing costs are rising. However, this is still well below the national average of housing prices. Because of this, the city is still a very desirable place for retirees and other working adults looking for a good place to live. The great news for retirees is that in just about every way, San Antonio is more affordable than most cities in the U.S. That is why even those who need a lot of financial security can afford to relocate to San Antonio.

The reason that San Antonio has such an appealing affordability issues is that the city is an ideal place to purchase real estate, especially in the downtown area. In the downtown area of San Antonio, you will find several well established real estate companies that are highly regarded for providing excellent customer service. In addition to housing prices that are affordable, the downtown area of San Antonio features some of the finest restaurants and shopping malls in all of Texas. The result is that people working and living in downtown San Antonio to enjoy excellent access to a variety of public transportation services, while the cost of housing is comparable to many other major cities in the U.S.

Homeowners in the Austin area and in the surrounding areas of San Antonio, Texas, have the option of purchasing residential homes, as well as commercial property, in such large metros as Houston, Dallas, El Paso, and Houston. Even though home prices are considerably lower in these areas than they are in downtown San Antonio, many residents choose to rent an apartment instead of buying a house. Many of these residents rent for the reason that they can save money on month-to-month basis. These families and individuals do not regret moving into one of the most vibrant living areas in Texas.